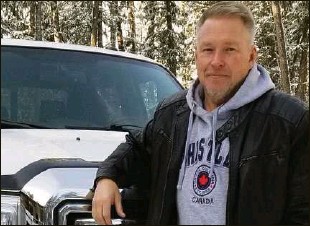 Finance Minister Selena Robinson says B.C. is following the example of other provinces now that it has changed its tax policy on private used vehicle sales. The new rules, which took effect Oct. 1, dictate that the amount of provincial tax on private sales will be based on the Canadian Black Book average wholesale value rather than the actual sale price. If, however, the actual sale price is more than the book value, the province will collect its tax on whichever is higher. “The only change here is to bring us in line with how most other provinces are already administering sales taxes on these vehicles,” said Robinson, in an email. “Our government has taken significant steps to reduce costs for drivers, including fixing the old government’s mess at ICBC and lowering car insurance rates. We’re going to continue to reduce costs for people.” The new policy was first announced in February as a way to discourage fraud and a means to clamp down on people who would record a lower purchase price on transfer papers than they actually paid for that vehicle to save money on the tax they would be required to pay. By closing that loophole, the government expects it will bring $30 million in revenue. Robinson declined an interview request. In the email, the government points out that the average wholesale value of a vehicle is lower than its estimated market value. “We expect that in most cases, there will be no change for people with very few vehicles to be sold below the average wholesale price,” the email states. “If someone pays less than the average wholesale value due to the condition of the vehicle, they will be able to obtain an appraisal of the vehicle to lower the tax payable on the purchase.” The switch to book value taxation does not apply to owners who trade in their vehicles at a licensed dealership. The 12 per cent provincial sales tax rate applied on privately purchased new and used vehicle sales has been in place since July 2010 when Gordon Campbell’s BC Liberal government introduced the harmonized sales tax (HST), which boosted the rate from seven per cent to 12 per cent. The BC Liberals abandoned the HST on April 1, 2013 but did not drop the tax rate on vehicles back to seven per cent. On passenger vehicle sales bought privately or if the vehicle is received as a taxable gift, the 12 per cent PST rate applies to all vehicles worth less than $125,000, rising to 15 per cent for a vehicle worth between $125,000 and $149,999.99. The rate is 20 per cent for any vehicle worth more than $150,000. The PST rate for any passenger vehicle bought at a dealership, received as a gift from a licensed dealer, imported into Canada or leased is as follows: Less than $55,000 (seven per cent), $55,000-$55,999.99 (eight per cent), $56,000-$56,999.99 (nine per cent), $57,000-$124,999.99 (10 per cent), $125,000-149,999.99 (15 per cent), $150,000 or more (20 per cent). The new policy is not sitting well with 150 Mile House resident Graham Hugill, who bought a used truck last week from a neighbour for $35,000. When he went to register it at an ICBC office he was told about the new policy and learned the average black book price for his 2015 F-350 diesel pickup was $47,240, $12,240 more than what he paid. Hugill was told by the insurance agent the 12 per cent tax based on the book price amounted to $5,669.80, as compared to the $4,200 in tax he would have been required to pay before the new policy took effect. He says it should be illegal for the province to have the ability to continually collect tax on the same vehicle each time it is sold and is encouraging taxpayers to join his fight against the new policy by signing an online petition.